A poem gift to Barry

The Paddle Steamer Barry was built for the Barry Railway Company's fleet and sailed on May 24, 1907, before leaving the Clyde to begin her pleasure steamer career from Barry and the Bristol Channel.

This poem was commissioned for Her name was TREGENNA website, and reproduced here with permission, to help make it known.

"Joe was born in Sheffield in 1941. He left home at the age of 14 to attend the training ship 'Indefatigable' in Anglesey. After almost two years there, he went to sea as Deck Boy in the Merchant Navy. He later obtained his Master's certificate and commanded ten ships during his career including five years as Captain of the Bristol Steam Navigation's 'MV Apollo'. Captain Earl has penned the above as a tribute to the PS Barry, Captains and Crews for the Town / townspeople of her name." 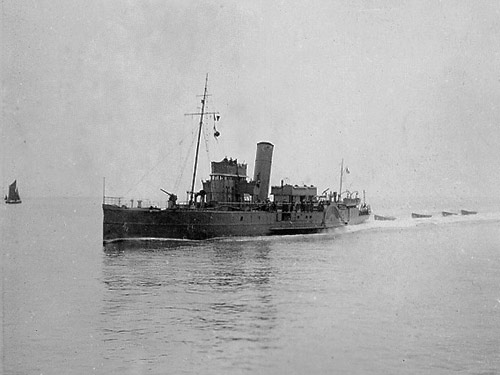 More detailed information about the PS Barry / PS Waverley / HMS Snaefell is available in a pdf document from Her name was TREGENNA's Other Ships page. Also on that site are more poems, including others by Joe Earl.