Re-Enactment of Freedom of Vale of Glamorgan 2008

The Vale of Glamorgan Council have agreed the proposal that The Merchant Navy (Wales) and its Barry Branch exercise a privilege granted under the Freedom to march through the town of Barry. A date of the 19th of April 2008 has been agreed.

Parade will form up in Central Park, Barry at 11:00 ready to move off at 11:25. The parade will proceed down Holton Road to the Civic Offices where the parade will fall-out. A short service will be conducted at the Seafarers Memorial and wreaths will be laid.

An exhibition of nautical memorabilia will be held at the Main Library, Barry the week following the march. Association members will be on hand to answer questions.

Photographs of the Parade

Photographs of the Exhibition

Photograph of the Freedom Charter 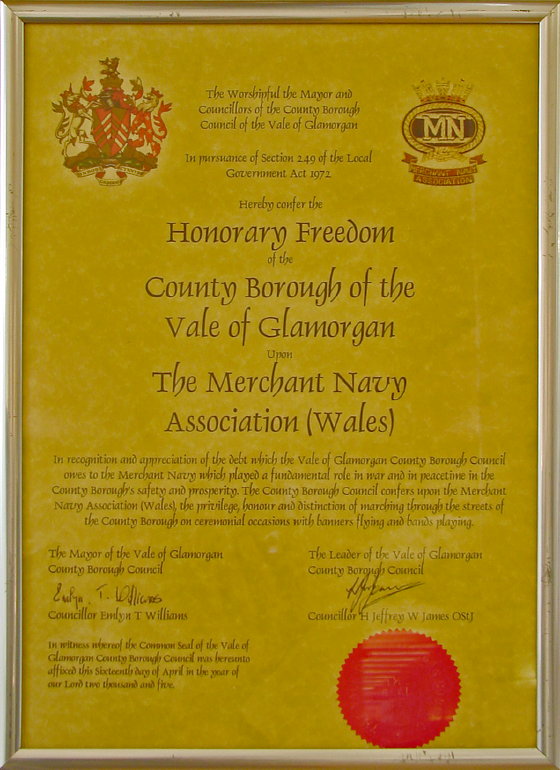